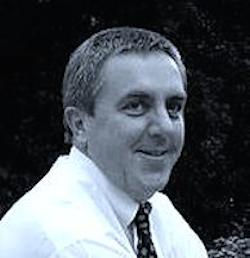 “The average human being is dealing with 50 000 more bits of
information per second than they were 50 years ago. That is an
incredible statistic to ponder. The average brain is simply unable to cope
with this bombardment of information and has taken measures to
protect itself. In addition, the effects of the stress that we live with
every day should not be underestimated.”

After a life spent in the engineering world, it was being struck by a life
threatening disease for the fourth time that gave Rory Park-Ross the time at
home to think about what he really wanted to do with his life – and the answer
was Neurobalance.
Rory Park-Ross grew up in Johannesburg, where he trained as a Mechanical
Engineer and has worked in Johannesburg, Cape Town, Saldanha and Malawi
as an Engineer. Back in Cape Town in 2000, he made beautiful aluminium
garden furniture that was sold in places like Harrods in London.
His illness in 2004 made him reconsider how he was spending his time, and the
search for a fulfilling career began. In 2006 Rory Park-Ross spent 3 months in
America looking at a variety of options, and the concept that stood out head
and shoulders above all the rest was the Brain Optimisation system developed
by Brain State Technologies in Arizona.

He underwent brain training himself
and the experience was so rich and rewarding that the decision to purchase
the technology was an easy one. The concept is especially fulfilling because it is
the client’s own brain that sees the opportunity to improve its own condition.
In hearing its activity translated into sound, the brain can gauge
its performance, exactly like looking in a mirror. The changes are not
impressed on the system but are caused by the system’s own adjustment This
makes the process empowering for the client.
Neurobalance has given Rory Park-Ross the opportunity to assist clients make
real, lasting and often dramatic differences in their lives. Offices are currently
in Fourways, Johannesburg, and will in future expand to include wellness
programs in companies