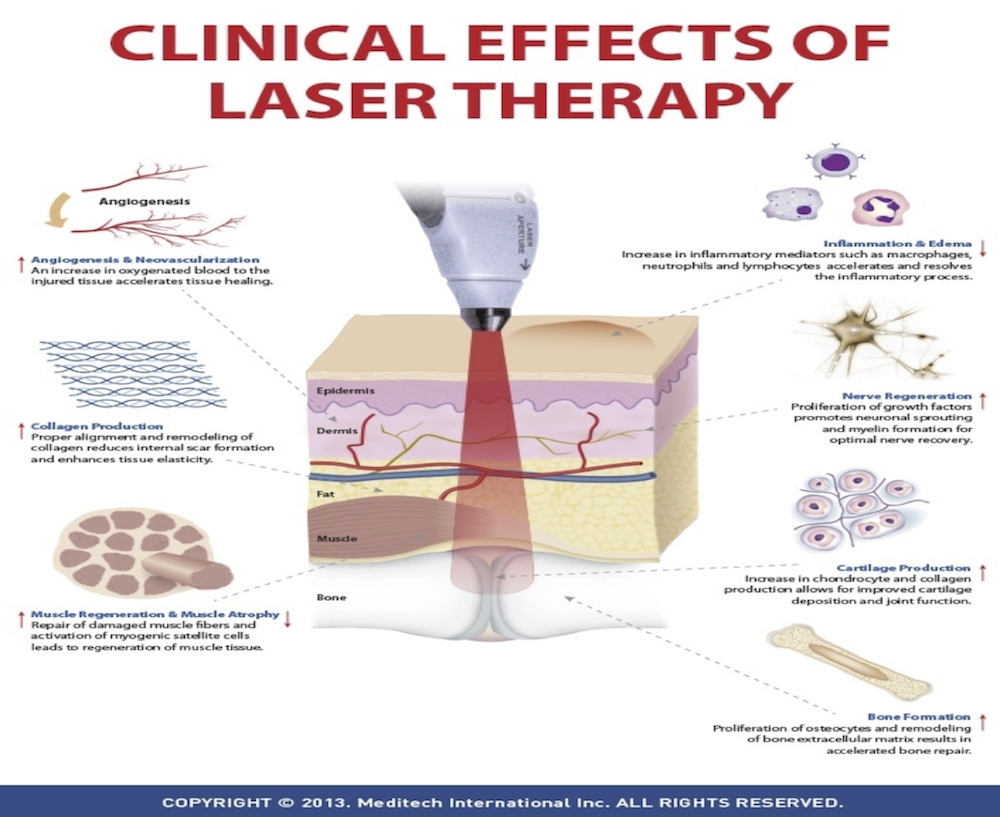 What is laser therapy?

What does low intensity laser therapy (LILT) do?

By affecting and reversing the offending pathology at the cellular level, laser therapy optimizes the restoration of injured tissues to normal function, thereby relieving painful symptoms. The beneficial effects of laser therapy are cumulative over the course of a series of treatments.

The Bioflex Laser and the process

The Bioflex Cold Laser Therapy system is a three-step process using three different and very specific wavelengths of light which all fall in the optimum ATP production range to maximize repair and cellular regeneration.

The first step uses a red pad at 660 nm, which gets absorbed by the cells of the skin and underlying superficial muscle layers, reducing sensitivity caused in those areas. The second step uses an infrared light pad at 840 nm reaching deeper into the muscle layers as well as the tendons and ligaments to reduce inflammation and heal damaged tissues. The third step includes an infrared laser wand at 830 nm that is specifically placed over the source of pain. This is very concentrated and targets the deepest affected tissues, including bone. In combination, these steps lead to the reduction and eventual elimination of pain and restored mobility.

Step 1 and Step 2 is used with the same pad. The pad is placed in one or more prescribed positions over the area to be treated. Stage 1 emits visible red light at a wavelength of 660 nm. The second stage emits invisible infrared light at a wavelength of 840nm. During the 3rd step a trained laser therapist uses a wand emitting a focused laser light at a wavelength of 830nm pointing towards the interior cells to be treated. The laser therapist will gently place the laser wand on the skin for a few seconds and then slightly move the wand to a new position, repeating this process for the prescribed amount of treatment time. This movement is needed to ensure the laser wand’s narrowly focused beam of light reaches the entire area. 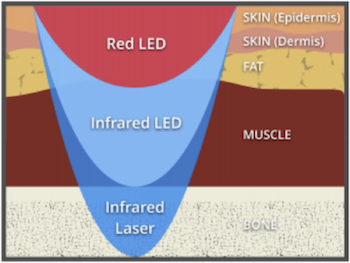